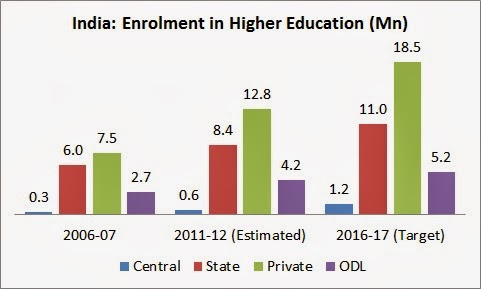 
Despite the lower growth target, this may turn out to be a stretch due to a number of factors including slowdown of the economy and regulatory uncertainty. The dichotomy is that Indian laws prohibit profit making from education, yet expect private enterprises to keep investing in education. The problem with current set-up is two fold

Even if India were to achieve this, GER would still be ~25% meaning the other 75% have no access to Higher Education. We are not even planning to provide them an opportunity for this. Indian urgently needs to open up Higher Education.